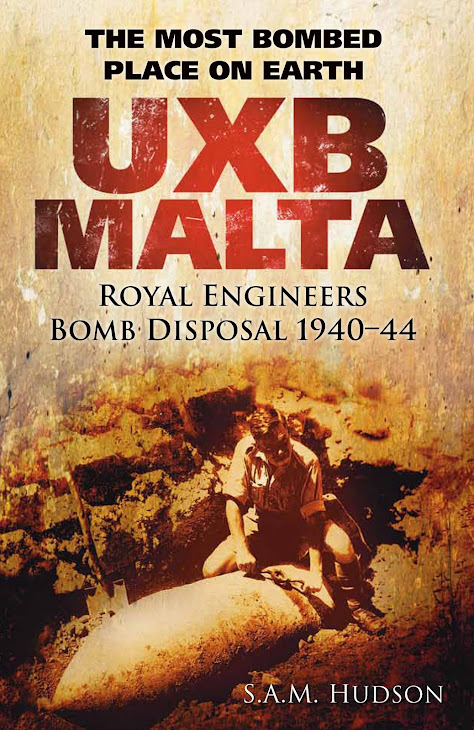 “No. 400411 A/Lt E. E. A. C. Talbot. RE, GC, MBE (attached RAF) reported missing, believed killed whilst flying over Sicily. For the last weeks he had been acting as Liaison Officer to RAF at the Bomber Aerodrome, Luqa.”

In a few words, the Royal Engineers War Diary for Malta recorded the tragic loss of an excellent Bomb Disposal Officer and a well-liked man.
Lt Edward Talbot had arrived in Malta in November 1940 to take charge of all Army bomb disposal work for Malta (and Gozo). Since Italy had declared war in June 1940, Malta had been the focus for frequent bombing attacks of increasing intensity. It was time for the Island to have proper arrangements for dealing with unexploded bombs and Lt Talbot was given the task of establishing its first Royal Engineers Bomb Disposal Section.

Ellis Edward Arthur Chetwynd Talbot was born in 1920 and brought up in Shropshire. Educated at Harrow School, in 1938 he went up to Trinity Hall, Cambridge, to study Engineering. When war against Germany was declared, Talbot volunteered for the Royal Engineers; he was appointed 2nd Lieutenant in October 1939.

In August 1940, Talbot was leading No.103 Bomb Disposal Section, in South Wales. On Sunday 25 August, Lt Talbot’s squad uncovered an unexploded bomb near a railway track near Loughor. It had a new and unknown type of fuze; there was a real possibility it was a booby-trap. Special equipment was needed from London – but it would not arrive until next morning and meanwhile a vital railway line was under threat. Talbot decided he must do something and, despite the risk, picked up the bomb and carried it away on his shoulder. Lt Talbot’s action earned him the Empire Gallantry Medal (converted to a George Cross). Before his squad had time to celebrate, Talbot was on his way to Malta.

The next four months were busy: from 1 December 1940, Lt Talbot and his Bomb Disposal Section received 96 UXB reports and dealt with ten tons of bombs: forty high explosives, nine incendiaries and ten Ack-Ack shells. It was a considerable achievement for one Bomb Disposal Section operating alone – though merely a foretaste of what was to come in Malta. For his work clearing UXBs from the aerodromes at Hal Far and Luqa during February and March 1941, Talbot was awarded the MBE.

In May 1941, after six months in post, Lt Talbot had earned the right to a respite, and the responsibilities of Bomb Disposal Officer for Malta was handed over to Lt George Carroll. However, with pressure on the Island’s military resources increasing, no able officer could rest for long. Lt Talbot was given a new appointment, as liaison officer between the Army and the RAF.

On 10 October 1941, Lt Talbot boarded RAF Blenheim ZL7638, one of four Blenheims from 107 Squadron based at RAF Luqa and sent to attack ships off the coast of Southern Italy. Lt Talbot’s plane was piloted by Wing Commander F A Harte, DFC. Some time later, two of the Blenheims returned, forced to turn back due to engine trouble. Hours passed with no sign of the other two aircraft. Eventually, the Operations room at Luqa reluctantly chalked them up as missing. Then RAF intelligence monitoring picked up something from Italian radio. A report was saying that two RAF Blenheims were observed colliding in mid-air off the coast, while taking evasive action under enemy fire. If the Italian report was accurate, there was only one possible conclusion.

The loss was of Edward Talbot was not only a blow to the Royal Engineers Bomb Disposal establishment, it was a personal tragedy to Lt Carroll, who was deeply affected by the death of a man who had become his friend:

“Because Edward didn’t have a job any more, after I had taken over, he got attached to the RAF as an Intelligence Officer. He was taking in reports of returning pilots and he decided that, with this responsibility, he should know something about what it was like to be on a raid. So he volunteered and went off, in a Blenheim I think, and didn’t come back. That was how he lost his life, after being in Bomb Disposal.”

Lt Ellis Edward Chetwynd Talbot, GC, MBE was buried in the Catania War Cemetery in Sicily. He was 21 years old.
Posted by S A M HUDSON at 09:50 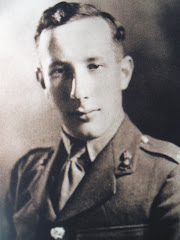 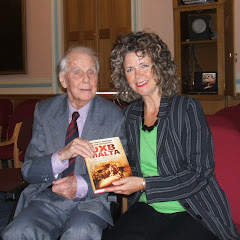 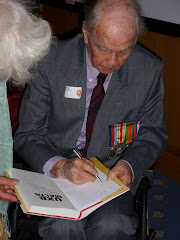 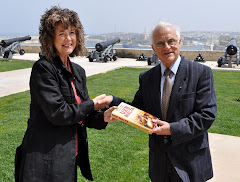 RE Bomb Disposal Malta in January 1941 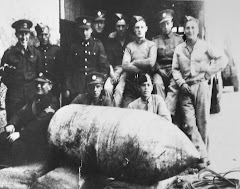 S A M HUDSON
S A M Hudson is a specialist in local history and folklore, and experienced guide/lecturer. That experience led to a career in communications for the heritage industry, including work for the historic City of Rochester and the Chatham Historic Dockyard Trust. S A M Hudson has also compiled and presented radio series on heritage attractions.